360Dx Index Up 7 Percent in June, Rebounding From May Downturn

NEW YORK – So far in 2021, the 360Dx Index has trended mostly downward. But June has reversed this trend, with the index growing nearly 7 percent month over month.

In the broader market, the Dow Jones Industrial Average was virtually unchanged compared to May, while the Nasdaq rose 5 percent month over month in June and the Nasdaq Biotech Index rose 8 percent.

The reason for Fulgent's rise last month is unclear, as it had no significant news throughout June. Its share price began increasing steadily toward the end of the month, going as high as $95.68 at closing on June 29.

In contrast, Castle Biosciences had a positive development in June, receiving approval from the New York State Department of Health for its DecisionDx-SCC test. Patients in the state are now able to access the 40-gene expression profile test that predicts risk of cutaneous squamous cell carcinoma metastasis.

At the American Society of Clinical Oncology's virtual annual meeting in June, Natera presented data on its commercial minimal residual disease test from a trial in Japan. The firm's Signatera test had a presurgical detection rate of more than 94 percent and a post-surgical relapse detection rate of more than 91 percent with longitudinal sampling. The company said its detection rates compare favorably to longitudinal results from tissue-naïve approaches. The trial also showed a failure rate for Signatera of less than 3 percent.

Data published in Nature last month assessed the utility of Signatera to identify drug responders and found that a subset of participants in a trial who tested positive with the assay responded favorably to atezolizumab (Roche's Tecentriq). The results showed the firm's test could be a companion diagnostic for the drug in the adjuvant setting.

Signatera also received Advanced Diagnostic Laboratory Test status from the Centers for Medicare and Medicaid Services. The initial rate for each test used in the recurrence monitoring setting is $3,500, the agency said. SVB Leerink analyst Puneet Souda said in a note that the decision "speaks to the value of [the] assay itself" and will likely "positively impact the company's commercial payer discussions." He added that the ADLT status "will help differentiate Signatera, helping with near-term volume acceleration and long-term staying power."

There were no obvious drivers for the declines in Quotient, NantHealth, or Genetron stock prices.

Early in June, Quotient reported a 10 percent increase in its fiscal fourth quarter revenues, driven largely by its Alba by Quotient reagents. Its overall fiscal 2021 revenues were up 33 percent to $43.4 million. Despite the positive results, Quotient's stock slipped throughout the month.

There is no clear reason for NantHealth's decline last month either, although, like Quotient, its low stock price makes it susceptible to significant percentage changes upward and downward.

Genetron presented at ASCO in June data from 16 studies which were intended to optimize routine clinical diagnosis methods and map the characteristics of gene mutations, gene fusions, immunotherapy markers, and hereditary tumor markers across cohorts of cancer patients. Two of the studies showed that the firm's One-Step Seq method for urothelial tumor risk gene detection had a sensitivity of 93 percent in patients with renal pelvic cancer and 86 percent in patients with bladder cancer.

Another study's preliminary data showed Genetron's full-cycle genetic test for thyroid cancer helped distinguish benign thyroid nodules from malignant ones. Other studies explored mutation and fusion characteristics of different cancers to find potential targets for precision treatment and looked at the distribution characteristics of immunotherapy markers. The final study investigated the correlation between genetic factors and the development of lung cancer by analyzing germline mutations in patients with lung cancer. 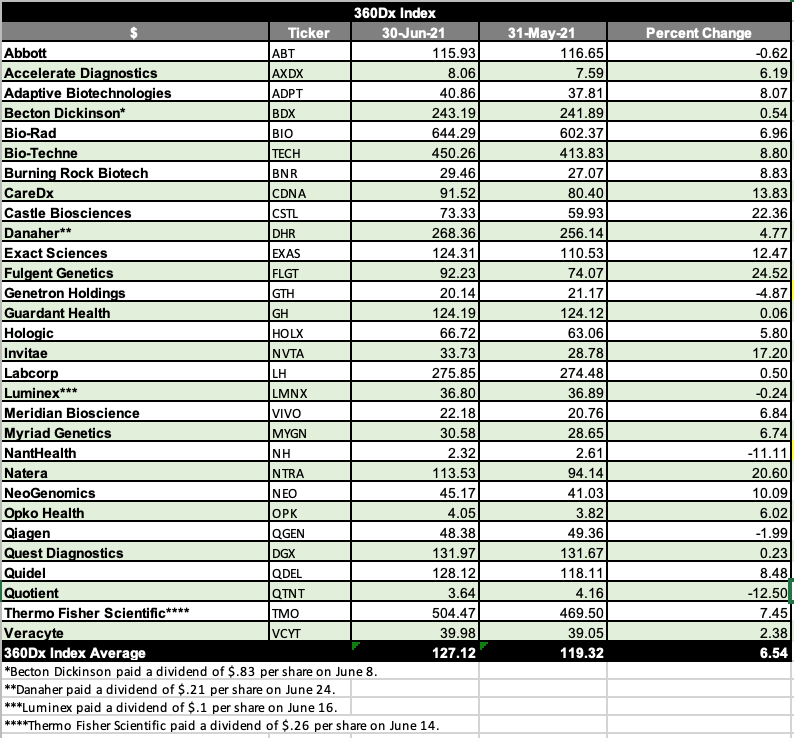